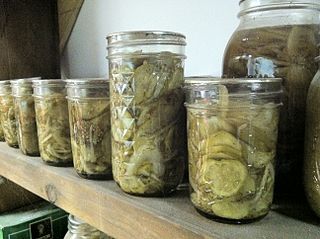 Note from Joe: over the last few months I’ve been more and more aware that I know very little about the interaction between mental disability and mental health. (I’ve also been deeply astonished by people in both camps very much ‘washing their hands’ of the other.  I’m pressuming I can’t be the only one embassed by this so I’ve asked `Pickle’ to do a couple of guest blogs on mental health related subjects.   Pickle works in mental health and is, in fact, my go-to person on a range of things in this area.

A little while ago, I went to Belfast for a conference with a very long title (they always seem to have very long titles) but it was a 3-day affair focused on forensic psychology; i.e. mentally-disordered offenders. This is one of my primary clinical and research interests and I remembered while I was there, as I always do, how much I miss it since I’m not in forensic services at present. I have been thinking about forensic psychology quite a bit recently, especially since Ian Brady’s Tribunal coincided with the event and since Jon Venables was granted parole in the weeks earlier.

Both of those men are pariahs to the majority of Britons. Brady, who raped and murdered several small children (with Myra Hindley, of course) and Venables, who with Robert Thompson, killed James Bulger and was then charged with possession of indecent images. Brady, as we know, was not released from Ashworth; Venables was paroled. Twitter went mad and I suspect several tabloids did as well. Brady knew he would not go free, he stated quite openly that justice in the UK is, at least in part, about pandering to public opinion. And to some degree, he is correct. For I may not have met either man, and I may have a limited knowledge of the law in this area, but one thing I know a bit about is risk.

I spent several years working in forensic services, both inpatient and community, and everything is about risk. Risk of harm to self, risk of harm to others, risk of reoffending, risk of substance misuse, risk of absconding. All mental health involves some consideration of risk, obviously, but when you work with offenders or those deemed to be dangerous in some way, the stakes are rather  higher. Add to that ‘public opinion’ and your work is certainly never boring.

Risk is an inexact science and none of us, professional or layperson, are actually very good at judging it so we use structured risk assessments which are pretty good at doing so. There are lots of them and they look at different risks depending on the person you’re assessing. When you’re thinking about discharging someone from services, one of the key things you consider is the level of risk they present. When I was doing my MSc a professor of mine, a very eminent man who regularly appears in the media, told us that if you’re discharging people and they’re not reoffending, you’re not discharging enough people. We expect, to some degree, that offenders will continue to offend. Previous offending is the best predictor of future offending (it sounds flippant but it’s actually what the research tells us) but the whole point of treatment is to reduce the risk of offending, i.e. to reduce the frequency and severity. Remember that most offenders are not the ones of our nightmares, most are simply in secure settings following assault etc; not that many are the sexual predators we fear so much. We accept that there is always a level of risk, it’s simply whether that risk is acceptable. These are judgements we all make every day. We take risks all the time but we judge them and come to what we think is a considered response. The difference is that most of us haven’t been labelled murderers or ‘sickos’ or ‘scum’.

Some years ago, the then Home Secretary said that Peter Sutcliffe would never leave Broadmoor. I was puzzled by this because I hadn’t been aware that the Home Secretary was a mental health professional. He wasn’t, of course, he was simply saying what we wanted to hear. Sutcliffe did some terrible things but he did them in the context of a mental illness. I’ve known an awful lot of people who have done terrible things whilst unwell but who have ceased doing so once they’re receiving appropriate care. We know, for example, that even amongst those with severe personality disorders and histories of violent offending, treatment can result in improvements in functioning and substantial reductions in risk. If the risk that Sutcliffe will kill (or similar) again is substantial, he should not be released; if it is not, he should be. Even if his risk is high this year, it might be lower next year. There’s no way an MP (for that’s all the Home Secretary is, an MP, albeit with more influence) can credibly say his risk will never be acceptably low. Of course, if Brady and Sutcliffe were released there would be uproar and that would be rather nasty for the Home Secretary. But you’ll forgive me for thinking that the priority is the treatment, care and rights of individuals rather than the inconvenience caused to the Home Secretary. For even people such as Brady have rights – the right to treatment, the right to only be detained legally, as per the Mental Health Act and the right to rehabilitation.

I truly believe in rehabilitation. I believe that a lot of people who have seriously offended can live in the community, perhaps with support, and that they can live meaningful lives as respected citizens. I abhor public justice, which leads to witch hunts and determines the sentences people receive and whether they are released. I still wonder why Venables and Thompson were named; what good it did to them or their families. I wonder why we continue to allow people such as Denise Bulger to have a voice in the national media when her views are clearly and understandably coloured by her emotions, when emotions are anathema to justice. Emotions do not matter. Only facts count and that is why I think that the public opinion is fundamentally meaningless and, ultimately, should be ignored. But as they say: when facts are few, experts are many.