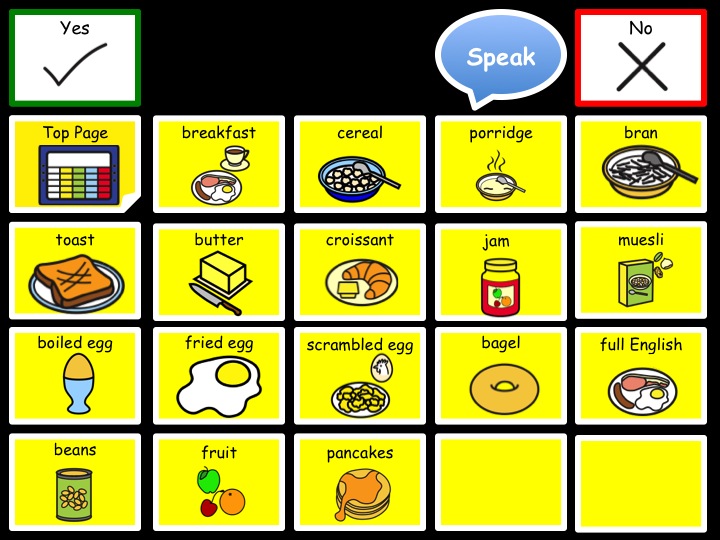 The purpose of this post is to show you how easy it is for a hobbyist to retarget AzuleJoe with nothing but Paint and Notepad.

The injection of the Inclusive Technology Prize money has meant that I have been able to spend a lot of time recently developing on AzuleJoe – it’s moving forward on a variety of fronts and there will be a couple of proper announcement posts in a few weeks.

This is, obviously, fantastic.

On the other hand – it’s also making it a little less ‘hackable’. One of the joys of the original code was that it was easy to retarget – if you had a bunch of pictures of grids and a text editor, then you could retarget AzuleJoe to talk about anything you wanted.

In recent months the code has started to look a little more professional – we use JSON for the data rather than Javascript, and quite a lot of extra code has been added to do all sorts of other things.  Our next big push will probably obliterate most of the original code anyway.

I think this is a bit of a shame, because I’d like to keep that ‘hackability’ as available  as possible.

In an effect to keep an easily ‘hackable’ version of the code around. I’ve released a ‘tagged’ version on the github repository: https://github.com/joereddington/azulejoe/releases/tag/v0.9 (at the time of writing there have been 69 commits to the repo since the release, so the code is moving on without it).

To show how easy it was to retarget the software to any pageset, I prepared a three minute video (bits of it are sped up – it was about 10 minutes in real life)

The voiceover was recorded while I was sick with cold and the mouse movement and even the typing is difficult to follow at times, but the point is that it points the curious in the direction of the right files to play with. And I’m on the other end of email if anyone would like more info.