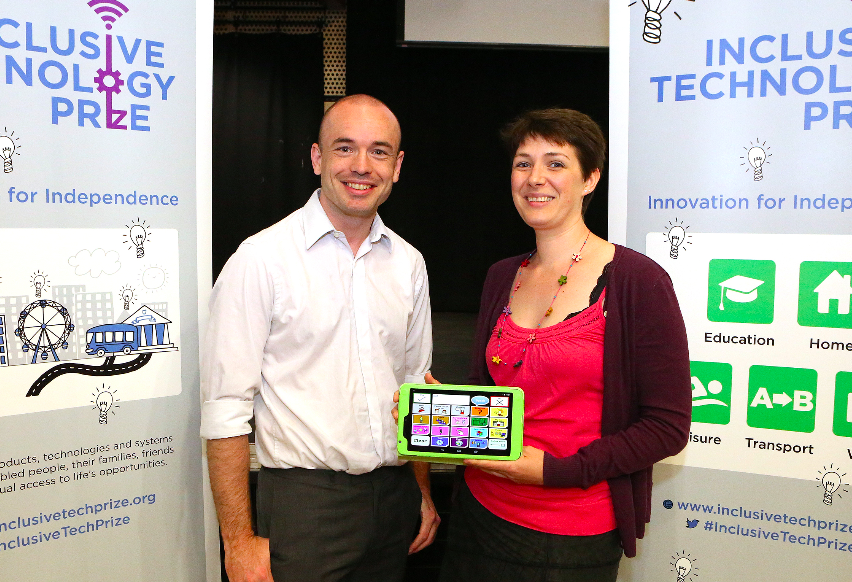 Bit of an announcement – AzuleJoe, has been chosen as one of the ten finalists for the Inclusive Prize (we’ve known for a little while, but the embargo has only just been lifted).
We’d reached the semi-finals a few months ago, I didn’t do a post on it at the time for a few reasons – I didn’t feel it was interesting enough for the readers, and it was a relatively self-centred thing.  More to the point, I was still getting my head around the business aspects of the prize and hadn’t got a far as a clear vision about how everything fitted together.
I have now reached that point and we have a clear view on how we can keep our development open source, ensure that it’s free at the point of delivery, and user-focused, while still presenting strong business outcomes.  More on that in a future post.
As a sidebar – we were slightly unusual in avoiding publicity at this stage – because of my position as a blogger I was getting a few press releases from (to be fair, media departments that worked with) other competitors about their work and how the’d reached the semi-final – although to be fair, everyone who sent a press release also made it to the final…
A lot of the other semi-finalists do have extremely strong ideas and I intend to be featuring some of them on this blog in the near future. I’m going to start with my favourites of the ones that didn’t make it to the semi-final so that there is no suggestion of competitive scheduling 🙂
The final is slightly different. For a start, it’s one of ten, rather than one of 25, and for another thing, finalists are given £10,000 and, equally importantly, lots of help and guidance in the following eight months to develop to a full prototype.  This money is desperately needed to help develop both AzuleJoe’s technologies and CommuniKate’s reach.  The development day Kate and I went to yesterday was fun and interesting – we chatted to Justin Tomlinson the new minister for disability, and we worked with lots of cool and interesting people to really nail down some of the ways to move forward.
It’s also the biggest grant that eQuality Time has ever received.  This means excellent things for eQuality Time.  Not only is it definitely going to be in operation come April 2016 (which, as you’ll remember, is almost twice as long as we expected it to be running when we started), but it’s got budget, and guidance and a clear vision going forward.
As always, there best part was meeting the very cool people there… This is me getting the opinion of Open Bionics on a 3d printing project that is completely separate to either of our projects but that should be part of the blog sometime soon…

…and us having a really good chat about going forward with handy experts from Leonard Cheshire Disability (I know it looks like we were the only people having fun, I think that is just a trick of the photo, I’m assuming everybody else was having fun too… )