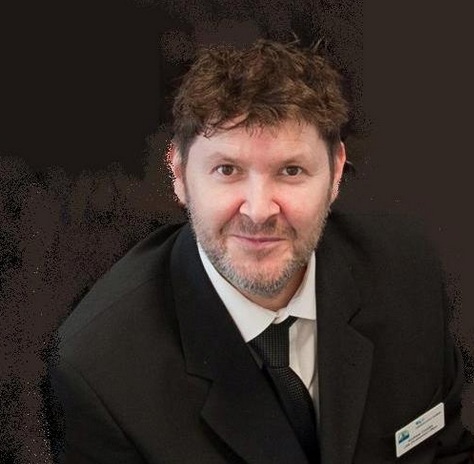 Note from Joe: We had such a positive response to our earlier guest post on metal health, that I’m going to try and arrange a few more guest posts on a regular basis. If you are interested then please let me know, particularly if you have a different opinion to something I’ve written – I do like to get a balanced view.

Today’s post is from Andrew Crooks, who recently attended the National Children and Adults Services Conference 2013 and who kindly argreed to give us his opinions of the event. Andrew is a service user who also works with Care Opinion, a lovely little project that I’ve been hearing good things about. We should be clear though Andrew is blogging here in a personal capacity and the views don’t necessarily reflect those of Care Opinion…

I’m Andrew Crooks, a 40 something quietly spoken Scotsman who uses social care services. I am a wheelchair user and have something called Becker Muscular Dystrophy. To combat the wider problems thrown up by society I expect the state to reinvest some of the contributions that myself and other disabled people give to society, whether economically or in kind, to support me to live independently.

Disabled people and others combat societal barriers through this thing we call social care and other support mechanisms like ILF (sadly being phased out) PIP and DLA, but this is only my opinion.

Anyway, it was suggested I do some observations on the National Children and Adults Services Conference (NCASC) event from a Care Opinion perspective, but made all the more interesting by my status as a service user. My job, by the way, is to engage and support people (service users and carers), service providers and commissioners to use the on-line feedback service Care Opinion.

So I’m attending NCASC in my new role with the sister organisation of the much lauded and respected Patient Opinion, placed in the midst of the people who really determine what is available for people like me to combat barriers and live life to the full. The big questions for me were, are the people in control listening to what people are saying and, will they like to use our safe and anonymous mechanism for collecting people’s opinions?

In addition, because of the cuts currently decimating their budgets, I was wondering if they really still believe in the importance of the voices of the service user as the major driver for social change and social services that deliver? The Centre for Welfare Reform predict by 2015 local government will face cuts over 40%, most of which (60%) is for social care (which will be cut by 33%).

Despite my trepidation, I was pleasantly surprised both personally and professionally as I found out about some great innovative approaches to meeting the needs of people like me.

I enjoyed talking to Think Local Act Personal and In Control who must also have liked some of what was in the Care Bill. Care Opinion will also see this endorsing the promotion of service users being encouraged to share their experiences and help make care services better.

We heard a lot about integration from everyone, Andy Burnham for example said it was the only show in town or some other parlance. Yes, it is hard to disagree and maybe this is the way in terms of meeting more need going forward.

But what left me very perturbed was the damage already being met by disabled people and older people and other users of social care. No one, other than the brilliant third sector reps, like Jeremy Hughes from Alzheimer’s Society – everyone should join their Dementia Friends initiative – seemed overly worried about the hundreds of thousands missing out on social care or how the many thousands of ILF users are going to have their needs met come 2015.

So this remains a worry for me but I was impressed by the collective will of everyone there. None more so than with CarePair, a free service helping carers and employers find each other as quickly and easily as possible, suggesting the most appropriate pairings based on things both have in common! The CarePair pair developer Russ Smith and his carer really do put choice and control into social care – for service users and carers alike. I also talked with Mears and was so high in spirits hearing about the way younger people especially get to really play a part in how their services are provided.

In terms of local authorities I was excited to hear from Croydon representatives about their new structures facilitating older people ad disabled people in making decisions about social care, I used to work in the borough supporting local residents through community involvement. Leeds City Council to me look to be really raising the bar through Better Lives Leeds in its’ approach to equalities data across health and social care but how the voice of  ‘Elsie’ (all service users) remains the one thing that brings the large outcomes-based big data collection that will help integrate health and social care.

Finally, today I heard Healthwatch England debate the use of the term ‘consumer’ in place of ‘patient’, ‘service user’ and ‘carer’. It put me in mind of an old punk tune by X Ray Spex where Poly Styrene warns about the dangers of a consumer society. I do understand the HW England argument about helping to move away from outdated paternalistic services and to something people need and want, but I think to talk of us as consumers is dangerous. After all Self Directed Support and ‘Personalisation’ arrived as a product from the Independent Living Movement – they believed in the rights of the individual but not the rights of the consumer.

One last thought – I saw somewhere that no children or young people under 16 were allowed in the exhibition hall.  Can anyone tell me why?