Watch the talk here! Joe and Shaun start at 1:08

A couple of months ago, Open Voice Factory was invited along to talk at the The Future of People Powered Health 2017 organised by NESTA. The event explored the idea of the ‘end of patients’ by showcasing inspiring examples of how people are creating health and well being themselves, and asked how great people-powered solutions can be sustained and scaled up.

Joe spoke on a variety of topics, but the talk which stood out and that was particularly special was delivered by Joe and his friend Shaun Waters. We had the privilege of Shaun Waters coming to talk on  behalf of The Open Voice Factory about his personal experience with AAC.

Shaun spoke about his ability to communicate has become much faster and easier since using The Open Voice Factory. He began by talking about the shortcomings of his previous communication aids and the failings of the language they provided. When he met Kate from The Open Voice Factory, they worked together to create a vocabulary that suits Shaun’s needs.

It was music to our ears when Shaun said, “Now I can make myself heard quickly.” This is exactly the aim of The Open Voice Factory – Free, accessible speech for everyone. Shaun also spoke about how he is continuing to get quicker and feels his independence is growing as well. 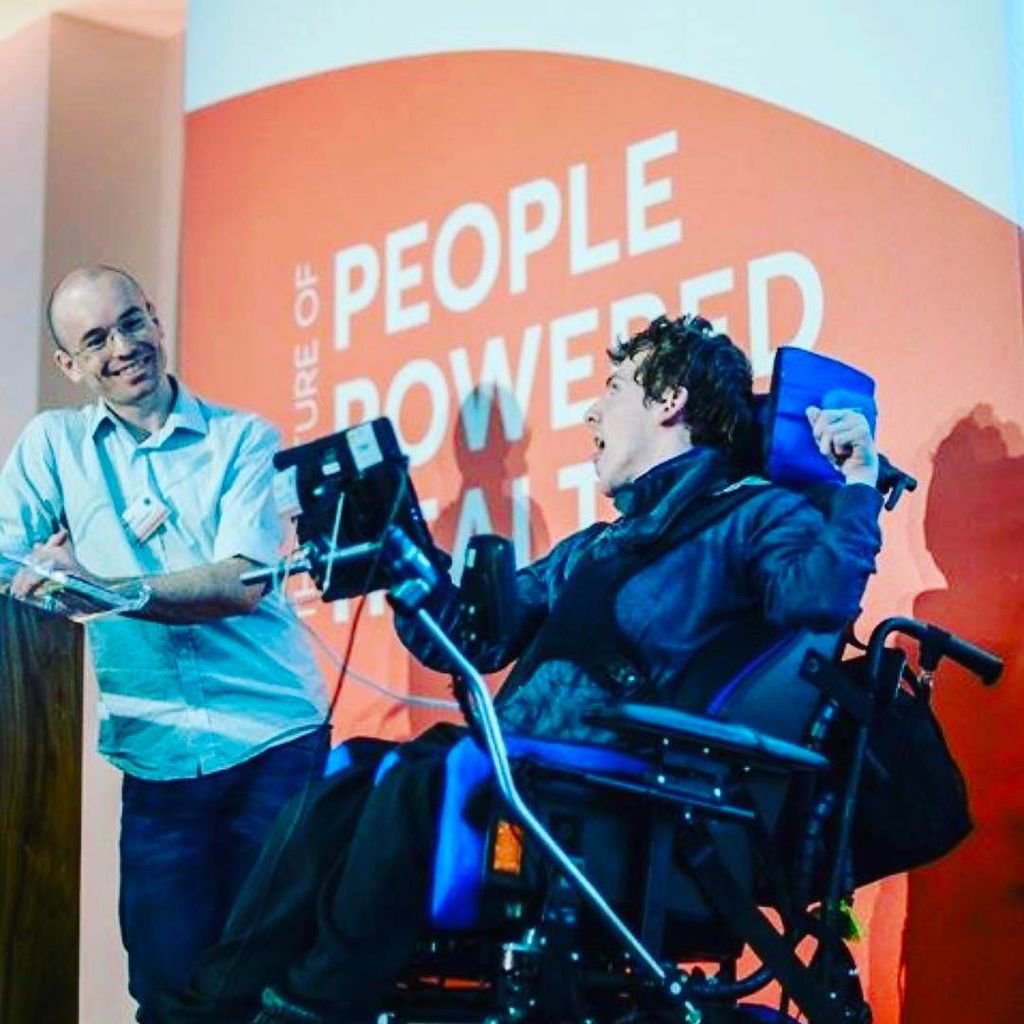 As well as hearing from Shaun, Joe also spoke about his little brother who uses a similar device to talk and how it changed his life.

Cost is a major issue: this device was £5,000 at the time. Communication is priceless, but there are families who have to choose between heat and food right now.

It was a great day, and both Joe and Shaun really enjoyed themselves (although I think Joe was a bit jealous of the extra loud applause Shaun received 😉 )

Remember that you can watch the talk here! Joe and Shaun start at 1:08.