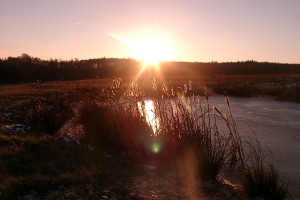 My toes feel cold against the blue linoleum floor. I smile as I think of the word – linoooleeeium. How it curves and gloops along my tongue like the spread on my overly buttered toast.

This is my new hobby. Saying words verrr-yyy slooooow-ly. Feeling everything verrr-yyyy sloooooow-ly. Doing it all slowly. There is a lot of free time on the ward, and it needs to be filled. I fear that it is turning me more mad.

I have been here for eight days now and time is etching by at a frail pace. So I have to find ways to fill the time. It is almost a game – getting rid of the eating disorder but creating new disorders and habits and oddities. Just to amuse myself.

Although there are plenty of eating disorder habits to be picking up too. It was like chucking an alcoholic into a pub full of people intravenously consuming vodka, or asking a gambling addict to go cold turkey on an all expenses trip to Vegas. A strange place to put someone struggling so.a

My spark is being snuffing out. Not like a candle. Nothing so poetic. More like I had been a sizzling firework threatening to skid in any direction, uncontrollable perhaps, but exciting. And now, now a dog pissing down on me to keep me quiet.

I count the crumbs on me plate. 17 small white bread flecks. Not too many. Not too few. Slowly.

A crash alarms me. Turning round I see that the new girl Alison had thrown the bowl at the wall. ‘I’m supposed to have 200g of beans.’ she screeches. ‘That looks like 220g.’

The autumn murk outside seems about to burst through the window panes as the dense pressure builds in the room. I panic, as I simultaneously roll my eyes. I was going to turn crazier here surely.

The poorly tuning radio crackles as the introduction to ‘Walking on Sunshine’ kicking in. I feel a surge of positivity ignited by music. I start to tap my feet under the table, moving, a surreptitious piece of defiance.

‘What’s your favourite song?’ I ask Joan, sat opposite me, trying to distract myself from Karen’s plate of mushrooms, the beans dripping down the wall and Mark counting out every pea before he would eat it.

‘I don’t like music.’ she said, pulling out a cheap condiment packet from me pocket and squeezing neat lurid mustard from the plastic packet on to her tongue. I can’t help but stare at her. I know I don’t eat normally, but surely?

Oh. I’d already tried films with this one. Holidays. Books. Names. Fruits.  She didn’t like anything. Miserable cow. Although she had a point. This was a pretty rubbish life, especially if you had been living it for 43 years like Joan. I wonder if Joan had always had puckering lips, or if they had just become an habitual expression. Like the wind had blown in the wrong direction one day and she had been stuck with a perpetual expression of gloom. If Joan was a cartoon character she would be one of those pictured with a grey cloud above her head at all times. She has a deep obsession with American crime programmes, and liking nothing better than a script filling with the words murder, savage and brutality.

She pulls out marmite from her other pocket, peels off the lid, and sticks her tongue in the little brown pot.

Mark on the other hand is a talker, but as a man institutionalised through and through, his talking is all about the system. He knows everything and how it all works, and loves to remind the other patients of his superiority. It was weird how the usual hierarchies were subverted. I knew they would be competing over who could eat the less, but was surprising at how much being in a hospital was seen as being a good thing. It is a complex system. Karen gets points for having been in a unit for the longest time all told, 46 years. Mark won for the most admissions, 34 throughout his life, although this was partly due to the fact that he has discharged himself so many times. The young Egyptian girl Sarah had been on the tube for the longest time before this particular admission, although Litz had once been a coma for seven weeks, so is ahead in that way. Clara was eating the least, so was the sickest right now. Or maybe the new girl was, looking thinner than us all.

It is so tough, to keep looking out of the window. To remember that every bite is a bite closer to freedom. To not get sucking in. To leave the lifers behind and break out. Voices whirling around me. I won’t listen, and I don’t want to. Outside pigeons tiptoe down the tiles on the sad looking roofs. The sky is heavy, like a grey handkerchief all creasing and sodden with tears. The wind blows through the branches with little leaves flickering like coins in the glint of the wet raindrops. Towering chimneys and severe brick walls make it look like factory, not a place of warmth and nurture.

The nurse supervising us looks away. Clara shoves a handful of creamy potatoes in her pocket. I look around to see if anyone else has noticed. Or cares. Mark was trying to cut his meat into exactly a dozen pieces, Sylvia had counting all her peas and was now counting them back down again as she ate them one by one. The nurse was still in a daze.

I stare at me plate, the people around me, and the place. Shuffling along in cheap slippers, with eyes sapping of life and weak with fatigue, limbs that no longer working and a mind wrapped up in the ferocity and malice of an eating disorder.