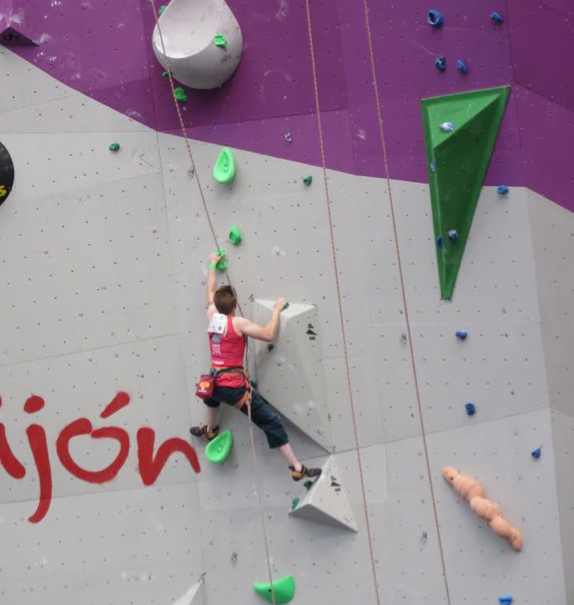 A year ago today we had our first interview! Fran Brown became a Paraclimbing World Champion in Paris in September 2012, and is we caught her just after winning gold at the Paraclimbing Bouldering International Open 2013, in Laval in France. Fran was good enough to give my readers her time when there were very few of them so I’ve asked her back to give us a quick update on how her year has gone… It turns out that it’s gone well:

The last year has been pretty busy. This September was the biannual world climbing championships so a lot of my year was taken up with training for that. Pre-season training took up most of my winter, with a lot of gym work and cross training. The world cup series took me around Europe this summer where I won all of the lead events. July and August were entirely consumed with training specifically for the world championships and I’m happy to say that training paid off when I successfully defended my world number 1 ranking in Gijon, Spain, in September. Since then I’ve managed to fit in a couple of outdoor trips with some more planned for the next couple of months, and have returned to my physiotherapy studies at university.

Fran climbs in the NPD B class classification and you can find out much more about her at either http://www.franbrown.org.uk/ or on Twitter as @franrbrown. Much more importantly you can read the orginal interview here.