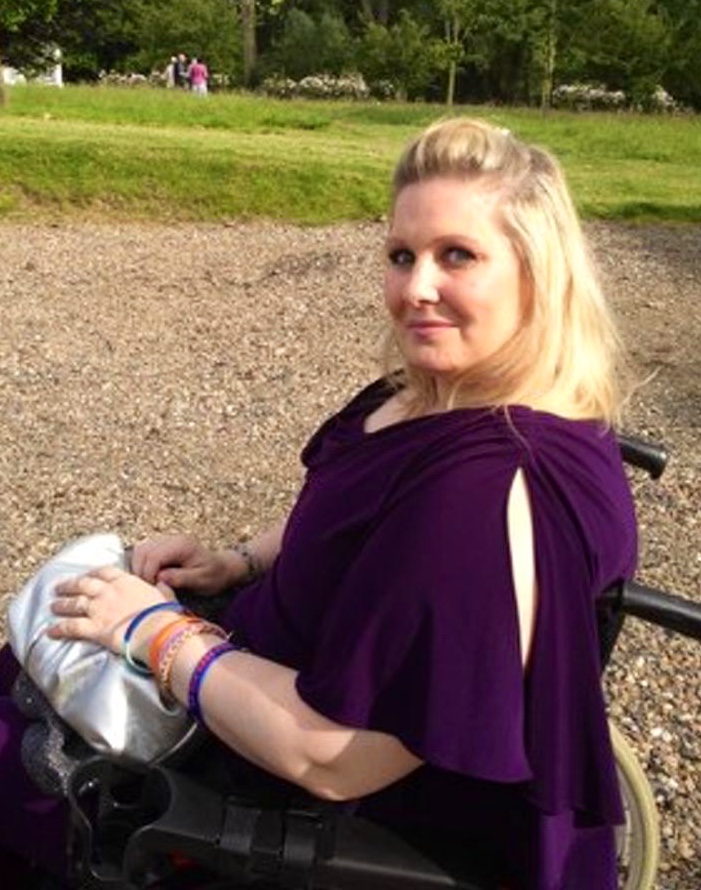 We kick off our set of four political interviews with Cllr Star Etheridge, disability spokesman for UKIP, I spent some time in the last post being impressed with Star’s general efficiency and so today all I have to do is introduce her.   Star is a solicitor who represents the Coseley East Ward in the West Midlands as a UKIP Councillor having joined the party in 2010.

Me: You will doubtless be aware that Care.data has caused some controversy about it’s release program. This is a deep concern for many disabled people because they are obviously much more easily identifiable from medical records than other ‘data subjects’. What’s your stance on such things as digital privacy/open access?

Star: I am not very impressed with this sort of data collection. There has been so many problems with data collection in the past with people losing laptops, memory sticks and that’s before we even consider the amount of data that they will be collecting. All people with complex health needs could be easily identified and this could lead to some people being unable to get a GP. As the CCG’s now sort budgets etc then this data could be used to cherry pick the “best” patients which will allow them to turn “a profit”. I would personally urge all people not just the disabled or those with complex health needs to arrange to contact their GP and to withhold consent to their details to being put on the database.  This of course could be a double edged sword with catch 22 magnitude problems attached thereto which could end up with people who have withheld consent being unable to see their GP or indeed any GP.  This is a possibility and I hope I am very wrong but the ramifications of agreeing to or withholding consent could be enormous.  We have seen similar projects before in which the grand scheme is to get everything on to digital databases and they have failed miserably costing the taxpayers millions or most likely cumulatively BILLIONS of pounds. Money which could have been used to actually look after the people in this country. It happens far too often that taxpayers money is wasted to such an extent that it would have kept hospital wards open, nurses to care for them, help to support our most vulnerable so that they don’t have to endure impersonal 15 minute care visits etc etc. I am very wary of these grand IT Schemes but this is one that really worries me and many others.

Me: I’m just back from a very international meeting of disability bloggers and it was fascinating to see how differently (often worse) disability is treated internationally.  Do you think that the UK is setting a high standard in terms of disability policy or are the innovations you’d like to bring in from other countries?

Star: I haven’t travelled much since I got ill and needed to use a wheelchair. I did however go over to Brussels about 2 years ago. I was rather appalled at the lack of wheelchair access. We could not get a taxi that could carry a wheelchair passengers, despite and number of kind people trying to help up us. Before going I really thought due to all the regulations etc that Brussels was likely to be more disabled friendly than most other cities. How wrong I was. In the UK there is much better access and more assistance. Even some the oldest buildings in the UK have in some ways managed to sort out wheelchair access. Lots of other helpful innovations are readily available for people who are deaf, blind and all manner of other disabilities. So my experience of Brussels in comparison to London, Birmingham, Wolverhampton, Manchester, Morecambe et al is that the UK wins hands down. Yes there are always times why you encounter a problem or two but give me the UK any day of the week. In fact we are having 3 days in Morecambe at the Middleton hotel a beautiful Art Deco building which has fabulous disabled facilities.

Me: As Spokesperson on Disability Issues, you are in a position to see how a wide array of people deal with the effects of disability – is there a story that particularly touched you?

Star: There have been a number of cases which have really vexed or upset me. I have a number of people who are living in the wrong type of property for their needs. One lady springs to mind, she has many complex needs but her main issue was that she was living in a maisonette and to get to her front door she had to get up 29 concrete steps. She was having to get up and down these steps like a toddler, going down on her bottom and back up on hands and knees. It was humiliating and made her become a sort of recluse. She hated being seen by her neighbours or other people and has had to crawl through cat litter, snow, rain so she could go for essential appointments. She had the boots on both legs that you are given at A&E to keep the bones in place so that they will heal, she was told to avoid standing up for any length of time and putting any weight on her a ankles. She was given a Zimmer frame to help but they don’t help when you have to go up and down steps outside your home. She was unable to get up the stairs inside her home, she was really in a mess. I could give a 5 page dossier on this one case. It took a little time, lots of calls, e-mails and we were able to get her council to find her a disabled friendly home. She moved in and even though there were a few little teething problems she is now safe, happy, able to sleep in her own bed not on the couch. She has changed and is now more outgoing and has a home that works for her.

Me: On a personal level, you’ve been really quite vocal about changes needed within UKIP’s policies (http://disabilitynewsservice.com/2013/05/ukip-set-for-radical-change-on-disability/) and it’s certainly nice to see policy debates happen in public rather than behind closed doors – can you tell us when we might see the new improved version of the official policies?

Star: I am hopeful that the new policy will be released in the Autumn in readiness for the start of the 2015 Westminster campaign. I can be totally honest in saying that the policies we will be putting out in our 2015 manifesto are written by people with knowledge, experience, expertise in the policy area. Ordinary members have had input so it is really a manifesto that has been put together with the support and assistance of our members and not dictated by the top brass of the the party. That’s we are the Peoples Party, it is why people are lending their votes to us, from every nook and cranny of the country. People are so tired of the corporate vision of the Old 3 parties and want to have their say, that’s why we have had public meeting all over the country, this has helped give us the peoples input directly Into our manifesto. We will continue to hold public meetings. We will always be available and will try our very best to act on local issues as soon as possible and our national policies I’d like to hope that our newly elected MP’s will do likewise for their constituents. I of course will be available to help anyone from any branch, area of the country to give them support, practical advice, fight their corner, and most of all, to be someone who listens, acts and tries to resolve their problem or as happens quite often just someone to listen.