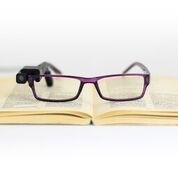 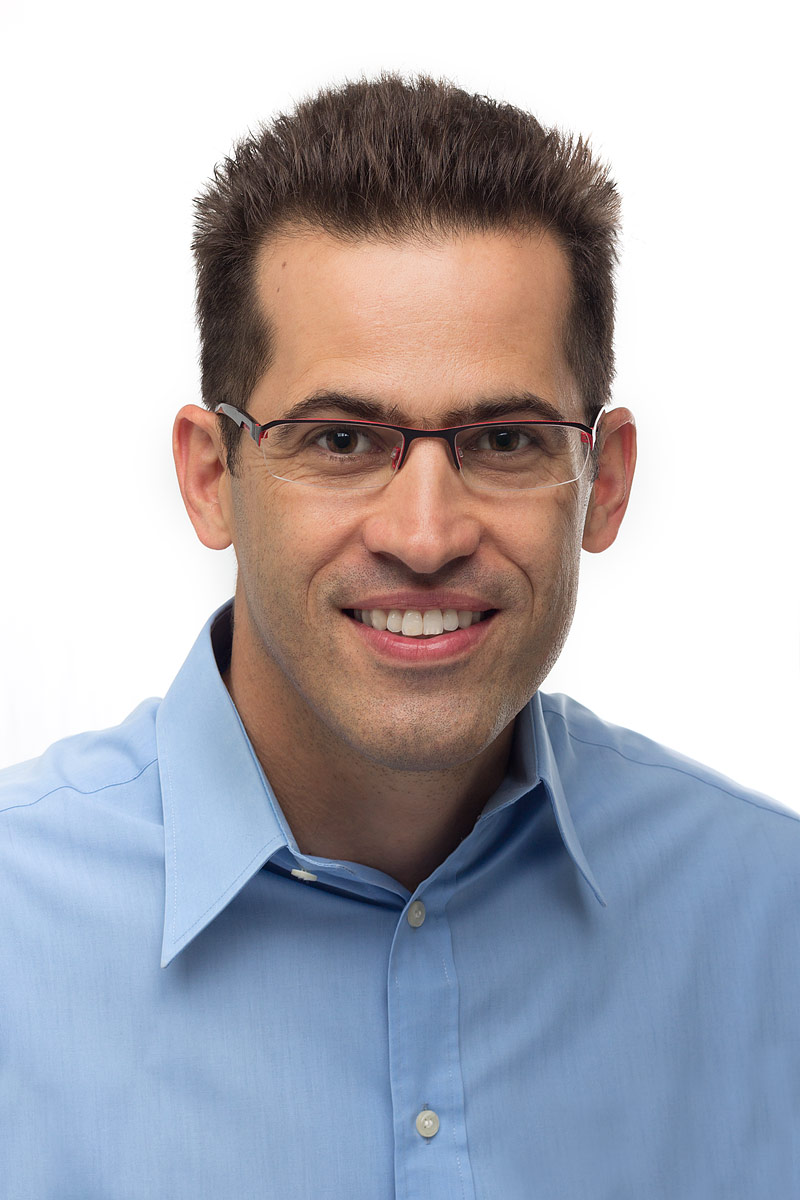 Today’s guest post comes via Yonatan Wexler, Senior VP of R&D at OrCam,  OrCam have been putting together some interesting designs in AT and I invited them to talk to us about the design process – Joe

At an exhibition in London this year I met a woman who had a stroke at the age of 18. After six years of hard work she regained the ability to move and speak, but part of her brain is still damaged, preventing her from being able to read. It means she can’t get a job, and can’t support herself financially.

OrCam was designed precisely to address such difficulties. OrCam was invented to give people with sight loss or other visual disabilities independence and an improved quality of life.

OrCam interprets visual information through a smart camera placed on a pair of glasses and connected to a pocket-sized computer. It instantly recognises text, products and people, simply by pointing at them. It then relays that information to the wearer discreetly via a small personal speaker which does not block the ears.

Five years ago, we set out to use advances in artificial vision to help people with sight loss. We wanted to create a device that would give them the power to immediately read and identify things around them, changing their quality of life in a very practical way.

When we set out our original design vision, we had three specific qualities in mind.

After years of research and development, OrCam Technology incorporated all of these requirements into its first device. OrCam is small, light and discreet. It is placed on the wearer’s frames and can be taken on and off when needed. It weighs less than any pair of glasses and its dark colour helps it blend in. Despite its size and weight, OrCam is robust. It’s made out of a sturdy nylon plastic so users don’t need to handle it with kid gloves. 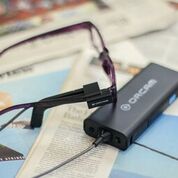 What we want most is for users to feel comfortable about wearing OrCam when they are out and about. It doesn’t weigh you down and keeps your hands free. It is ready for action as soon as you need it.

Users often note that OrCam doesn’t look much like a camera. This is no accident. We didn’t want users or others around them to feel like they were filming or being filmed, especially since that’s not the case. Although OrCam takes photos it doesn’t store them. It analyses the photo and then deletes it, which means that there are no privacy issues and people who look at sensitive documents as part of their jobs won’t have any issues using it.

We know how frustrating it is when a device runs out of juice in the middle of the day. We designed OrCam’s battery to last the entire day so that users only have to charge it overnight.

The light, pocket-sized battery and computer unit is attached via a thin, soft wire to the camera. The wire also means that users don’t have to worry about the camera getting lost or separated from the computer pack. 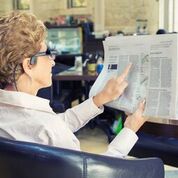 OrCam launched the device in 2013, and since then we have worked to advance the technology behind it. A year ago, we updated OrCam to include a better camera, a faster processor and longer-lasting battery. In early 2016 we plan to release OrCam 2.0 – a newly designed device that also incorporates feedback from our users.

OrCam’s users range from children in school to the elderly. It takes a few hours to learn how to use it successfully and each device is hand-delivered by a certified OrCam Trainer™ who teaches the new user how to incorporate the device into their daily life. Users can customise OrCam to their lifestyle, adding new objects, products and faces to its library as needed.

We are now preparing for our UK launch in January 2016. Approximately 2 million people in the UK live with sight loss, according to the Royal National Institute of Blind People (RNIB), and the number is rising as the population ages. We look forward to improving the quality of life for this community.