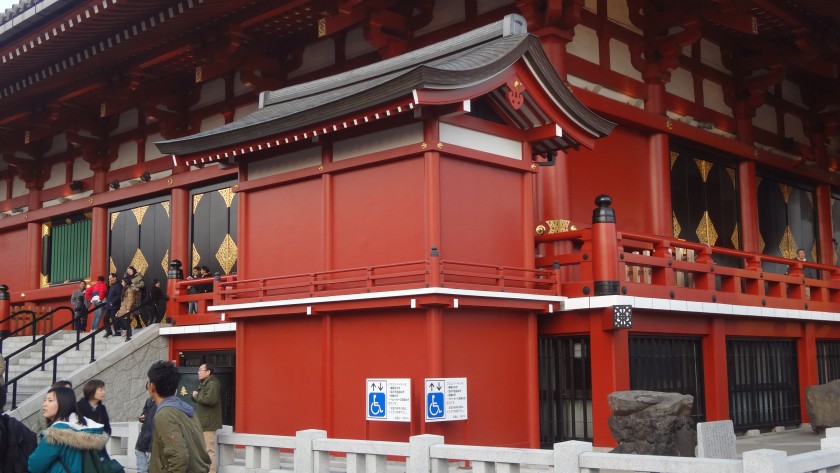 Japan is on the to-do list of many travellers. For the less adventurous, it is westernized enough and developed enough that it is not too scary. For those who want something unique, Japan offers thousands of years of history and a fascinating culture that makes visitors want to come back again for more and more, feeling like you have just scratched the surface.

Japan holds a great secret; it is very kind to those with mobility issues. Though many Asian countries conjure up images of endless stairs, narrow roads and impassible crowds, Japan can be surprisingly accessible to seniors and those with disabilities.

Here are 3 great things about accessibility in Japan.

Thanks to the aging population and the bubble economy of a few decades ago, there are many seniors in Japan with a disposable income who love to travel. Add to this the creation of laws similar to the Americans with Disabilities Act, and you have great accessibility at many of Japan’s top tourist attractions.

As many of Japan’s tourist attractions are cultural heritage sites, attention must be paid to integrating accessibility features with the aesthetics of the site. This may mean a slight inconvenience (ie entering via a hidden side entrance), but more often than not it will come in the form of a ramp made of aged wood or an elevator designed to look like a temple building. As some may not be immediately obvious, make sure you ask a staff member or security guard.

The majority of these sites have multiple wheelchair accessible washrooms that are clean and are clearly marked on maps. 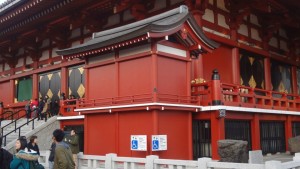 While looking at a subway map of Tokyo may strike you with fear, here is a secret: it’s actually easier if you have a disability. Most visitors to Japan spend a lot of time staring at signs and trying to figure out how to get to their destination. For those with physical disabilities, simply tell the staff member at the ticket gate where you want to go and then wait while they make arrangements. They will call ahead to your destination (including any transfers along the way) and then a staff member will direct you to the track. After helping you on the train with a portable slope, you can rest easy knowing that another staff member will be waiting to help you get off. The vast majority of train and subway stations in urban areas are accessible and have accessible toilets available. Check out this video to see it in action.

The Bullet Train, or Shinkansen, also features spaces for wheelchairs (including a private compartment if needed) and a toilet that is large enough to handle a wheelchair.

When travelling in another country, what to do when nature calls is an issue whether you are disabled or not.  However, for those with disabilities it can be even more stressful of an issue than for others as there are far more regular washrooms in the world than accessible ones.  In many countries, there is generally a toilet stall at the back of the washroom for wheelchair users.  Unfortunately, it is often just big enough for a wheelchair and doesn’t account for personal care workers or transfers.

Japan has an excellent answer to this – the “multipurpose toilet”.

Instead of being located near the back of one of the public toilets, these extra wide accessible toilets are an entirely separate room located between the men’s and women’s toilets.  They are designed not just for people with disabilities, but also for seniors and mothers with young children – equipped with handrails, diaper changing board, baby chair, sinks for cleaning ostmate bags, and emergency call buttons

These toilets are also readily available.  In a pinch, your safest bet is to find the nearest train or subway station as a majority of stations are equipped with accessible toilets.  They can also be easily found at tourist attractions, public buildings, department stores, larger supermarkets and in parks.

In 2020, Tokyo will be holding the Olympics and Paralympics. This has led to an ever increasing flow of foreign tourists and a strong effort on Japan’s part to continue promote Japanese “omotenashi” (“hospitality”) and make visiting Japan accessible to all.