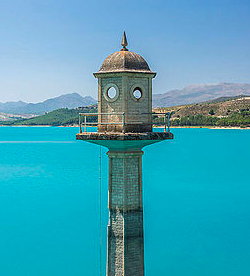 You’d think that there were only so many dvds that one person could watch, so many crosswords they could do, so many ceilings you could stare at, but you’d be wrong. It is amazing how quickly doing nothing filled time, and the routine of being fed becomes a full time job.

It is raining, and so the hallowed five minutes air on the ‘bench’ is diverted to a five minute stand in the hospital corridor by the doors. Desperate to get some air but not keen on getting wet, me and Jay position ourselves right by the automatic doors, resulting in an irritating yet successful result of the doors opening and shutting every twenty seconds.

I laugh, a sort of muffled explosion. I would have been ashamed of such a pathetic burst before, but now it seemed at least something. ‘Look,’ I say, nodding at the vending machine that is empty apart from one bottle of water with a fading label. ‘Even the vending machine is anorexic.’

It is something about the hospital. The deathly silence, empty corridors, faded walls and jaded looks of the few staff that did float by occasionally. The whole thing is otherworldly, but not a good otherworld. This is the world where people become forgotten. Where glassy eyed patients fade into an insignificant world of NHS numbers and patient budgets.

‘Time’ the nurse shouts. I jump, perhaps a little too suddenly as I am reprimanded for being too active. ‘For god’s sake.’ I mutter.

I want to scream, but that would only have suggested I am really crazy. And I’m not, I’m just…ill? Trudging back with a heaviness that belies my weight, I climb the stairs to the ward and resign myself to another day of battles.

I thought that the battles would go away now that I was under the care of the experts, but they had not. In some ways they were magnified, made clearer. Stripping away everything else, the reality of the situation became stark.

Back on the ward I decide to investigate the games cupboard. I pick out a puzzle of a steam train chugging along a track that ran through rolling hills. I’m envious of such freedom and excitement. The picture evokes a warm tug of nostalgia and a desire for an old world that I did not really know. I am constantly wanting to get out of here for my old life, yet clearly my old life had not made me happy and had led me here.

My plans to do the puzzle are scuppered. There’s a smell. Opening the lid, I find a good number of puzzle pieces coated in bran flakes and congealed milk. I don’t know whether to laugh or cry.

Not for the first time, I feel like I am failing the illness by not trying harder to hide my food. Last night Denise hid tuna in her slippers. Fishy feet. Jay often looks like she’s got a ball in her pocket, there’s so obviously potatoes stuffed in it. It’s often difficult to see that failing the illness is another step towards succeeding at being me. Or the me I want to be. I want to be brilliant. Strong, vivid, bright and bold. Glowing with life and radiating passion. That won’t come from stuffing cereal in a box.