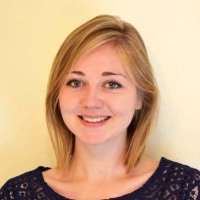 Where I grew up in rural Suffolk the bus network represented an invaluable lifeline. Without those few buses a day into town it would have been practically impossible for me to maintain a social life without being totally dependent on other people. The buses gave me a measure of independence and freedom which it’s hard for me to imagine living without. This is why I fully support Guide Dogs’ Talking Buses campaign, which aims to make buses easier to use for disabled people and many others. They have launched a new petition, which I will come to later, that I would urge everyone to sign! To make an obvious point, the importance of buses are even greater for people who don’t drive due to disabilities or age, or who are simply non-car-driving visitors to an area. Inadequate access to public transport is one of the most significant barriers to independence for younger, older or disabled people, and yet with the right technology the bus network has the potential to be a lifeline to everyone, just as it was to me. Access technology on public transport has come on a long way in the last few decades, to the point where according to the Department for Transport’s annual bus statistics (England) 2014 79% of buses outside of London now meet the minimum standards for low-floor accessibility and wheelchair space. Technology is also improving in other areas, with 89% of buses outside of London now having Automatic Vehicle Location devices for tracking them in real time, and improvements like Wi-Fi and smart-ticketing becoming increasingly common. Yet in spite of all these advances, Guide Dogs’ 2014 Destination Unknown report found that nearly two thirds of blind and partially sighted people surveyed had missed their stop at least once in the last six months. Missing a stop to people with sight can be annoying; for those without sight it can be extremely disorientating, even dangerous. The technology to tackle this problem does exist, in the form of on-board audio-visual announcement systems, yet in spite of widespread support (97% of respondents to our survey thought audio visual technology (AV) would be ‘fairly’ or ‘very’ useful) the general uptake by bus operators has been slow. Some operators have been quick to seize on smartphone technology as the future of accessible travel, suggesting that an app linked to your phone’s GPS would keep vision impaired passengers abreast of their location without “bothering” the other passengers. Clearly there’s a place for this kind of innovation, but how does this take into account the cost and difficulty for people with sight loss in owning and using smartphones? Families with at least one disabled member are significantly more likely to live below the breadline, and what of the cost of data usage, or the danger of batteries dying halfway to your destination? AV offers a level of comfort, confidence and universality that is not currently attainable through smartphone technology. It is for this reason that Guide Dogs are now launching a new petition, aimed at the nation’s ‘Big 5’ bus companies, who between them run just over two thirds of all services in England, as well as a larger number in Scotland and Wales. The ‘Big 5’ are made up of Stagecoach, Arriva, Go-Ahead, National Express and First, and while between them they run a few AV enabled services, none have yet committed to installing it on all new additions to their fleets. The petition asks the ‘Big 5’ to acknowledge the very great advantage of AV to all passengers, particularly those with vision impairments, and to ensure that all of their new buses are equipped with this vital technology. Please add your name to our petition to promote accessibility and independence for people with sight loss.