This past week eQuality Time has been at Bath Spa University – launching our first artistic project!

Early in the year we responded to this call to produce an artwork for Bath Spa’s Media Wall.  They were looking for a data-driven visualisation that involved creative writing from young people in secondary school.  Thanks to the White Water Writers project – we have the most detailed data on how young people write novels in the world, and it was nice to think up a way of using it.

Our installation was in two parts: so that conference goers could see the potential of young people’s writing live, we held a live writing event during the conference with pupils from Bath Community Academy which generated great interest.  Our second part got just as much comment – we used Bath Spa’s giant Media Wall to show a writer’s eye view of a novel in progress – from blank page to publication. 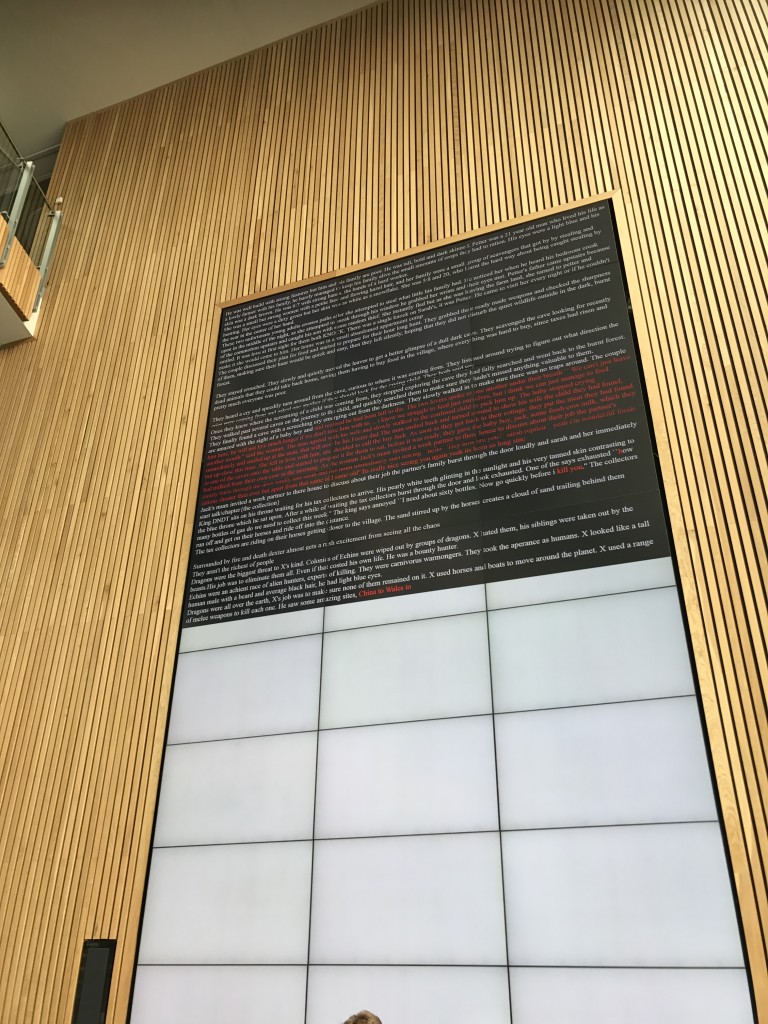 The order a reader reads a story is different to the order that a writer writes it, and a writer writes words than the reader sees.  Bath Spa’s media wall lets us make the writer’s journey explicit to the viewer.   You will see the starting point of the blank cursor and then watch as the narrative grows and rearranges itself. You will see some scenes arrive fully formed in a moment of inspiration and others come together from rewrite after rewrite as the mound of deleted text below grows.