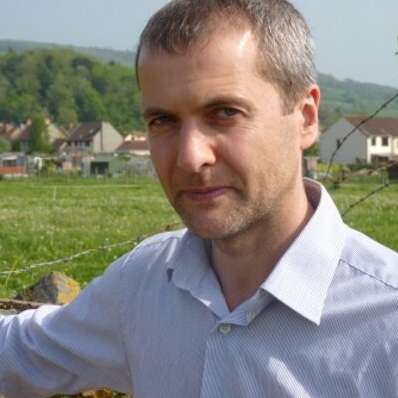 We finish our series interviewing disability journalists with John Pring, an experienced journalist who has been reporting on disability issues for nearly 20 years.

John launched Disability News Service in April 2009 as an independent news agency to address the absence of in-depth reporting in both the specialist and mainstream media on issues that affect the lives of disabled people.  He’s also the author of Longcare Survivors: The Biography of a Care Scandal.

JR: It’s often thought by developing writers that they have a choice: either have an editorial line to obey and a salary or be free to write what they like as long was what they like to write is free.   Yet the Disability News Service manages to be both independent and self-financing.  How do you manage it?

JP: But DNS does have editorial lines. They are just heavily disguised, and set by me. The whole point of DNS, certainly as it has developed over the last four or five years, is to provide a vehicle for disabled people to comment on the issues that are most important to their lives. If disabled people’s organisations want to speak out on an issue, then I will try and write a news story about that. But the second editorial line is that I try as hard as I can to report from a disability rights perspective. I’m sure I don’t always manage that, but I do always have that thought in the back of my mind. It’s not as easy as it sounds, but fortunately there are many disabled people out there with a much deeper grasp of the concept than I have. Maybe that hasn’t answered the question. It’s self-financing because I run it myself, but I do have subscribers that pay to use the stories on their own websites and in their magazines and newsletters. I also have advertisers. It has always been vital for me to ensure that the presence of those subscribers and advertisers does not affect the stories I write. Fortunately, to my recollection, none of them – in nearly six years – has yet asked me not to run a story or to tilt a story in their favour in exchange for their continuing subscription. That doesn’t mean that I don’t write about my subscribers occasionally, just that I try to treat their stories like any others.

I think I’ve proved my independence, as I have written several critical stories about subscribers over those six years, and they’ve taken it well, which reflects well on them.

If the story is there, it has to be written, or else there’s no point doing what I do.

I can’t deny that my heart sinks a little, though, when someone comes to me with a story criticising a subscriber or advertiser. It’s rare, but it happens.

JR: Perhaps as a linked thought, I release all (my own) content on joereddington.com to the public via a Creative Commons Licence partly because I think that’s a groovy idea, but also because I suspect that I don’t have the ability to enforce the copyright if I tried..   Obviously as an ‘earning’ journalist you aren’t a position to release to an open licence, but do you find you have problems defending your copyright?

JP: Mostly, whenever there has been a problem with this, it’s been resolved quickly and easily. A lot of people don’t understand copyright and how important it is to a self-employed journalist.  When I point out that the stories belong to me, and it’s taken a lot of hard work to produce them, and it’s how I pay my rent, they are apologetic, and put it right immediately. Not always, though. It’s useful to be a member of the NUJ, too. A warning letter from the union’s freelance office can work wonders.

JP It partly depends on the result of the general election. If the government is re-elected in some form, then we can probably expect more of the same. But if not, and there are new people in power, I think it will be fascinating to see what kind of evidence-gathering is possible on the impact of the last five years on disabled people. My suspicion is that there are a lot of skeletons in dusty cupboards, within the DWP particularly, and hopefully they will be brought out for examination… Other than that, the continuing fight to prevent the legalisation of assisted suicide; the media – the broadcast media particularly – finally opening up opportunities to disabled people, and not just in front of the camera; lots of new technology developments that will assist independent living, but at the same time many disabled people facing possible cuts in social care; and – sadly – I don’t think we have yet heard the last of Oscar Pistorius, and with Rio 2016 less than 18 months away, who knows how that sorry story might yet develop.

JR: In addition to your well known finger-on-the-pulse work, you’ve also done some long-form writing about the Longcare scandal.  Longcare isn’t that well known, particularly amongst people my age or younger – what inspired you to write the book?

JP: Two reasons. Firstly, Longcare was my first big story as a young reporter on a local weekly newspaper, the Slough and Windsor Observer, and there were so many strands to what happened, so many sources to unearth and persuade to talk to me, and so many questions to answer. But I don’t think that was why I became so obsessed with the Longcare scandal, and it was an obsession – for the first few years nearly every available spare hour outside my day job was spent investigating, writing and researching. When I was handed the leaked council report that led to our first news story exposing the abuse allegations, I would have been horrified if I had known that I would still be writing and thinking about the story more than 20 years later. I think it was not just the untold stories of the survivors and the horrors they had been through, but also my own uncertainty about how such a terrible thing could have happened and how the abusive Longcare regime could have lasted so long. It took me a long time to realise that the story was not really about Gordon Rowe, the abuser at the centre of the regime, but about the discrimination, inequality and hostility towards disabled people that has become ingrained in society over hundreds of years. But I’m sure a part of me was aware of this at some level. I suppose it was a story worth writing.

The second reason was a more personal one. The huge investment of time and attention over those years was a distraction from my own mental health problems. To be blunt, it kept me occupied.

*Longcare Survivors: The Biography of a Care Scandal, is available from Amazon or through the DNS website: http://longcaresurvivors.co.uk/